The Energy Efficient Technologies team is obsessively passionate about helping the environment since 1988. We’ve been helping the government, military and companies reduce their carbon footprint, energy use, and operation and maintenance costs through technology development and insertion since then.

We began as contractors working with the United States Navy, helping to automate the energy and control systems of nuclear submarines, warships, and aircraft carriers. Our work allowed personnel to focus on their primary tasks, while reducing operation and maintenance costs while improving reliability and survivability.

This research and development mindset asks you to solve problems that have never been solved, every day.  This spurred the company forward, and helped us build an engineering framework that was supported by our unique “spiral approach.” This entails working constantly for ways to improve our clients’ operations, while solving their current challenges. Energy reductions identified in one industry are immediately applied to others allowing every client to continually improve.

Energy Efficient Technologies has become an industry leader through our continued research and applications – and never resting until we’ve helped each and every client reduce their carbon footprint and become more energy efficient and profitable. 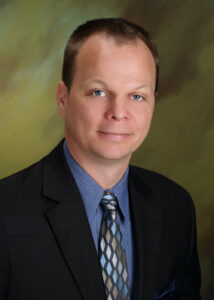 Joe Mearman, P.E.  is CEO & President of Energy Efficient Technologies, LLC and is responsible for ensuring that the services we provide are of the highest quality, accomplished within budget and delivered on schedule.

He has over 30 years of experience in engineering management, energy efficiency, renewable energy, automation and control systems.

Prior to co-founding Energy Efficient Technologies, he spent 10 years  as technology applications division manager working with a team of 100 engineers in designing efficiency and control technologies for buildings, naval vessels, and border security technologies. Prior to that, he spent 10 years as a research and development engineer and program manager at the Naval Surface Warfare Center, Annapolis Detachment.

Joe received his Bachelor of Science degree in Electrical Engineering from Drexel University in 1992 and has been a licensed Professional Engineer in the state of Maryland since 1997.
He was named a Daily Record Innovator of the Year in 2012 for his work in energy efficiency and carbon footprint reductions. 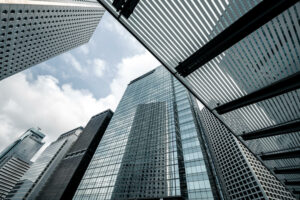 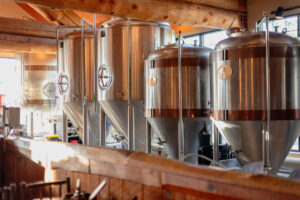 Keeping the Beer Cold A brewery, no matter its size, needs to pay attention to every step of crafting its product. It starts with the right ingredients and continues through various stages before it winds up on a shelf or […] continue reading ›

CryoGenX4: One Application for a Lifetime of Benefits

If you own or operate a business that employs HVAC, refrigeration or freezer units that are oil lubricated (99.9% of all 6 Billion machines in the world), you are losing efficiency and money because of oil fouling. Well oiled machines […] continue reading ›

This website uses cookies to improve your experience while you navigate through the website. Out of these, the cookies that are categorized as necessary are stored on your browser as they are essential for the working of basic functionalities of the website. We also use third-party cookies that help us analyze and understand how you use this website. These cookies will be stored in your browser only with your consent. You also have the option to opt-out of these cookies. But opting out of some of these cookies may affect your browsing experience.
Necessary Always Enabled
Necessary cookies are absolutely essential for the website to function properly. These cookies ensure basic functionalities and security features of the website, anonymously.
Functional
Functional cookies help to perform certain functionalities like sharing the content of the website on social media platforms, collect feedbacks, and other third-party features.
Performance
Performance cookies are used to understand and analyze the key performance indexes of the website which helps in delivering a better user experience for the visitors.
Analytics
Analytical cookies are used to understand how visitors interact with the website. These cookies help provide information on metrics the number of visitors, bounce rate, traffic source, etc.
Advertisement
Advertisement cookies are used to provide visitors with relevant ads and marketing campaigns. These cookies track visitors across websites and collect information to provide customized ads.
Others
Other uncategorized cookies are those that are being analyzed and have not been classified into a category as yet.
SAVE & ACCEPT